A look back at European Canopy Formation project ‘crEUw’

crEUw is a composite of CRW (canopy relative work, the old name for CF) and the EUropean cooperation. This cooperation has made CF and the interest for it, expand again. In spring 2015, Herman Slot, Eward Slot, Gerben Frankvoort and I took a look at where we stood with Canopy Formation. The status of CF in the Netherlands was then blatantly shakey. The active CF-jumpers could be counted on two hands. Also, in the rest of Europe, and in the wider Skydive community, the situation was no better. A program that would give CF a push in the right direction seemed highly desirable.

With this in mind, in collaboration with European CF friends, the first CF Challenge was organized in Finsterwalde, in former East Germany in 2015. The location was chosen to make sure the Challenge would bring as many European CF jumpers as possible together in a successful event. And it did. In the run-up to this event pre-camps were organized in various countries. a very nice spin-off and part of the success story. In fact, 12 events took place in 2015. For the Challenge in Finsterwalde, 28 participants from Great Britain, Finland, Estonia, Sweden, Poland, Germany and the Netherlands enlisted. During the Challenge, which was actually at an early stage in the project, we flew some beautiful 16-ways.
The seed was planted, CF was again on the map in Europe. The participants in this first Challenge are still the core of the crEUw team that annually adds new members. The Challenge and the pre-camps repeated in 2016, with a new European record set during the CF Challenge ’16 at Teuge. The CF Challenge ’17 in Poland provided a new “Pilot” (the top jumper holding a big-way stable and on track). Many new members have joined the crEUw team in recent years.

That was the intended goal set out in spring 2015. After three years of CF big-ways and boogies in Europe, we seem to have achieved several stable recurring events; three larger CF boogies and about ten local and national events. The major annual events for the crEUw team are the Parasummer Boogie in Estonia, the Polish CF events and the autumn CF event at Teuge. Also, more and more crEUw members are attending the Spring Fling CF boogie in Lake Wales, Florida.  In fact, Spring Fling offers the crEUw team a good start to the new season every year.  In 2018, Spring Fling will last for 9 days, from 17 to 25 March. Due to the longer period of jumping, it is not only more interesting for experienced CF-ers, but also offers more for A & B license holders who would like to start CF. Going from zero CF jumps at the beginning of the week to a 16-way at the end of the week is not a must, but is certainly possible.

crEUw is looking forward as well. 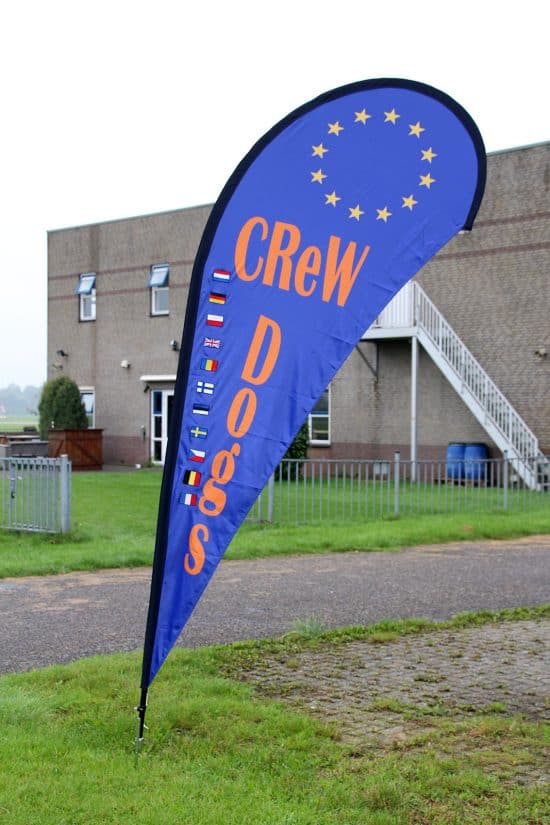 For the coming years, in addition to the big ways, there is also a focus on competition, in 2- and 4-way teams. This began in May 2017 when four 2-way teams gathered in Moorsele, Belgium to be coached by French world champion Benoit Rotty. The first European training camp for competition teams of crEUw was a success. Although not everyone is open to competitive CF, these training camps are recommended to beginners as a means to continue working on basic techniques. In short efficient steps, coaches teach the right techniques. In addition, extensive guidance is given to advanced competitive teams. The biggest success may be the number CF2 teams who went to the training camp and then competed across three different categories at the British Parachute Association CF Nationals, which saw an impressive ten 2-way teams getting together and having great fun.

A second new focus is the contact with the Russian CF group, which started during the Parasummer Boogie ’17. Too bad the Russian group did not succeed in their attempt to fly a 30-way record in September. The weather and organizational circumstances played their part. The merge of the crEUw team and this Russian group at one event looks quite challenging on paper and interesting enough to work out a further elaboration.

For now, the 2018 season has its structure of recurring events, some are already scheduled, the rest will follow over the coming months and will be published on this website!

Everybody is welcome to join the CF discipline. Spring Fling as a start for CF in 2018 is a must for everyone. Do CReW!